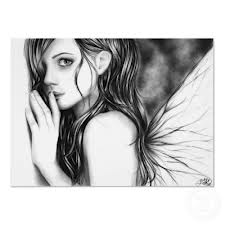 Just a short chapter folks. Sorry it is taking me so long!

Chapter 6
The next morning Sam woke to find herself on the sofa once more. The evening before Amanda had tried to persuade her to stay in her house but Sam had insisted that she could manage and had hobbled ,with Amanda’s help, back to the little cottage. She had taken pain killers and fallen asleep. As she tried to sit up the pain in her ankle made itself known. Amanda had bandaged it efficiently but Sam could still see the bruising rising from the top of the dressing. Sam was in her underwear, having just discarded her dirty jeans before laying on the sofa. She needed a shower but had no idea how she was going to manage it, or for that matter how she was going to get around the kitchen to feed herself. ‘Samantha you are a grade A idiot’ she mumbled to herself. Just as she was scolding herself there was a gentle knock at the door. Looking up Sam saw Amanda’s head appear  through the opening door.
‘Hey there, just wanted to check on how you are and I brought you some breakfast through, I thought you might struggle in the kitchen.’ Amanda’s warm voice greeted. Sam stared at her host, taking in her attractive appearance. Amanda’s dark curls wet from the shower, wearing  an over sized pale blue shirt open at the neck and some clean but worn jeans. Oh this woman was definitely re-awakening  Sam’s sleeping  libido! Realising at once that she was staring a little starry eyed at Amanda, who was smiling and waiting for some kind of response from Sam and also that Sam herself was sitting in only her bra and pants, Sam grabbed the sofa blanket and threw it over herself clutching it at the neck like a maid whose virtue was in danger. The act did not go unnoticed by Amanda who grinned more widely but also blushed a little as she said ‘Oops sorry, I didn’t mean to barge in on you but really my intentions are all good and honourable!’ Sighing inwardly she thought ‘unfortunately’. The two women smiled and chuckled, breaking the slight awkwardness.
What was it about this woman that seemed to calm Sam? Instead of the familiar panic and desire to run away, Sam realised that she was glad to see her. ‘Thanks, that really is very kind of you. I’m sorry I am being such an awkward guest!’ Sam finally said. ‘I’m afraid the ankle isn’t too good at all. Maybe I do need to get it seen to by a doctor.’
Amanda said immediately ‘I think that is a good idea. I can drive you to the hospital to get an x-ray. It’s not too far, just over in Truro.’
‘Oh I really don’t want to put you to any more trouble’ Sam protested as Amanda moved over a small table to the sofa and placed a bowl of muesli in front of her. Looking at the cereal and not thinking  Sam said out loud ‘Oh…muesli…..that’s …thanks’ in a voice so lacking in enthusiasm it made Amanda laugh ‘Well….oh….you’re  welcome’ she said mimicking Sam’s tone. Realising how ungrateful she had sounded Sam blushed a deep red and quickly said ‘Oh I’m sorry, that was so rude. I’m just not great with..erm….breakfast’ she lied. Sensing that Sam was being less than honest Amanda raised her eyebrows and questioned ‘Not good with breakfast or just healthy breakfast?’ Blushing even more and casting her eyes down ‘OK, you got me. I am more of a bacon sandwich or just coffee on the go kind of girl.’ She said picking up the bowl and tentatively moving  its contents around with the spoon Amanda had provided. Looking up at Amanda, she saw her now familiar smile as she stood over Sam and slowly shook her head ‘Try it, it won’t kill you’ she instructed. Instead of retorting and telling Amanda to go to hell as she might have done, Sam simply did as she was told feeling  again the same strange fluttering in her tummy she had felt yesterday when Amanda had told her what to do.
When Sam pulled a face after eating a spoonful, Amanda laughed out loud ‘You really are a baby aren’t you?’ Then shocked at her own familiarity she quickly said ‘Sorry. I can get you some toast or something?’ Sam looked a little shame faced as she said ‘No, I’m sorry, you’re right. You were kind bringing me this and I am behaving like a baby. I guess I am too used to being my own boss and getting my own way!’ Amanda nodded ‘No problem and it isn’t a problem to take you to the hospital as long as you don’t mind me calling in at college on the way back? I have some stuff I need to pick up and a student to see. I won’t be long.’
‘Thank you Amanda. I really do appreciate all you have done. ‘ Realising that her options were very limited Sam decided to accept her offer of the lift. Smiling an acknowledgment Amanda asked ‘Is there anything I can do to help you get dressed?’ Realising once again her underwear and blanket clad state Sam laughing, hastily replied ‘Oh, no, thank you though. I think I’d like to retain a little shed of dignity!’ Seeming a little relieved, Amanda went to the door  ‘An hour OK? I need to give Silver a little walk before we go.’ ‘That should be great, cheers’ Sam responded and then cheerily  added ‘Be careful you stick to the main path, wouldn’t want you falling on your behind sliding down the cliff too!’  Turning back from the door Amanda wagged her finger playfully at Sam and said, ‘Cheeky minx’. As the door closed Sam smiled to herself noticing the absence of the horrible anxiety that had been her constant companion of late.
Posted by Pixie at 6:21 AM

Please talk to me!

A proud member of